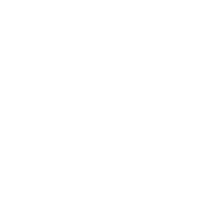 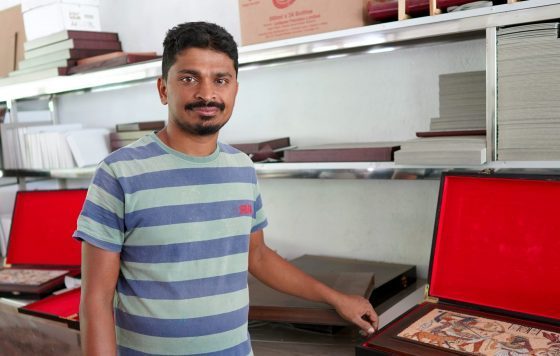 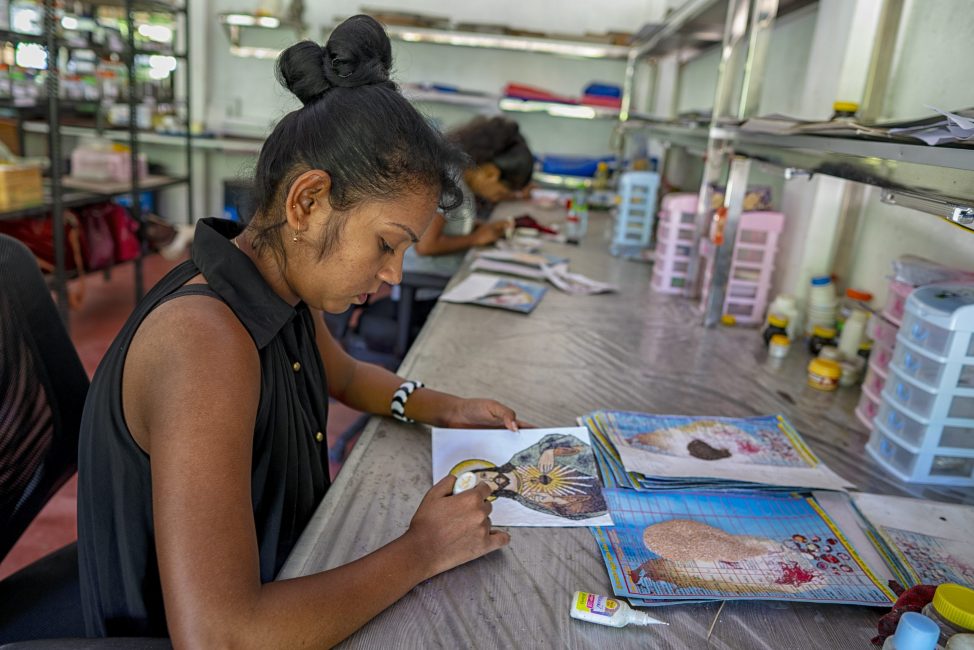 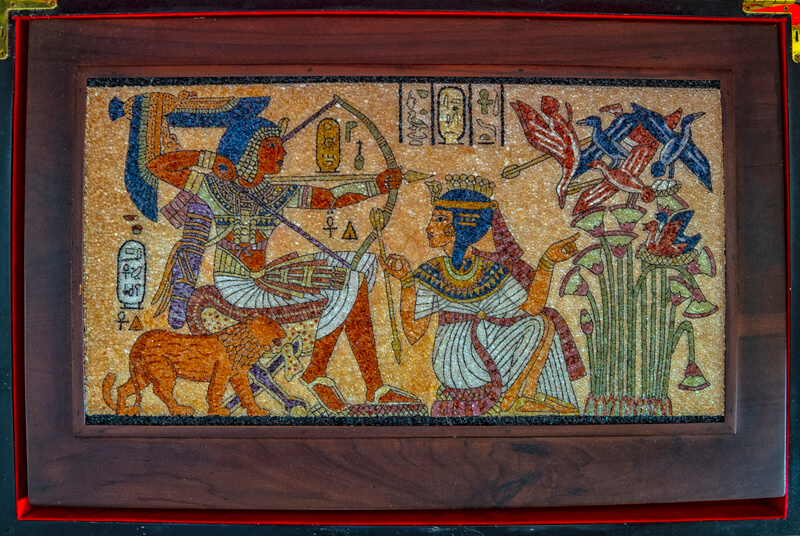 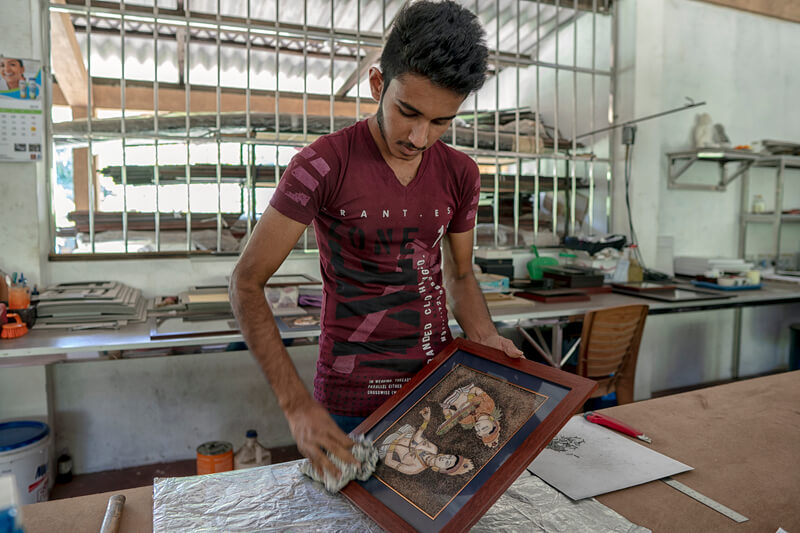 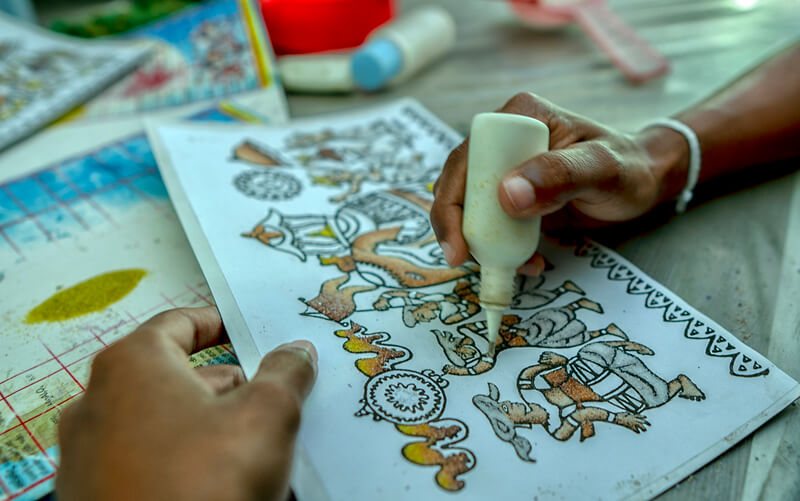 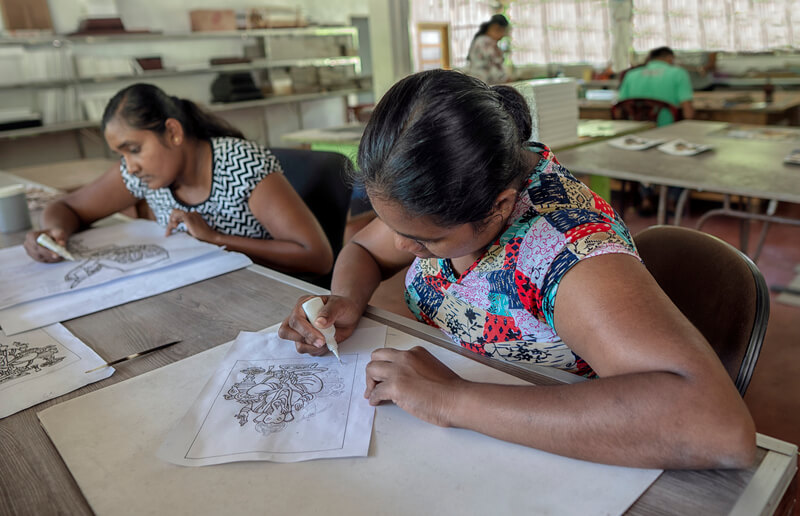 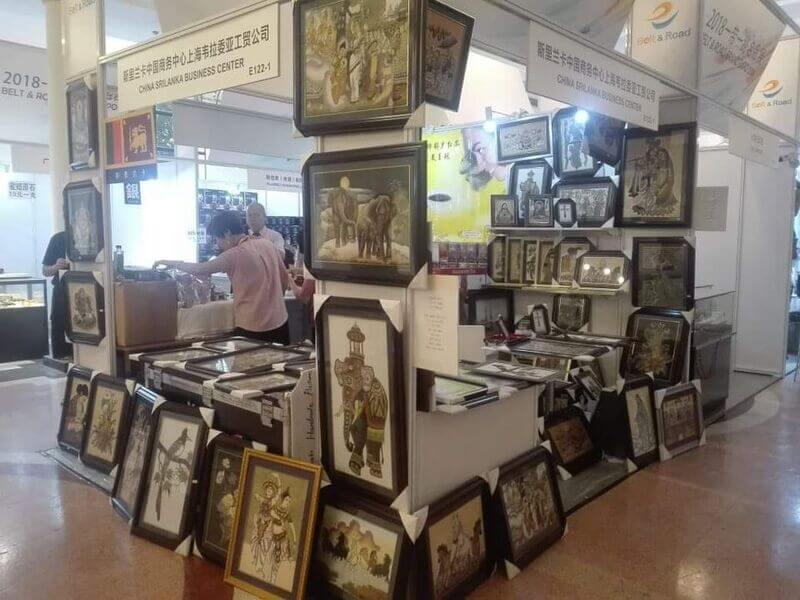 “School, university, job – that is the typical thinking in Sri Lanka; entrepreneurship is hardly widespread and no one really encourages it.”

Indika Weragoda, an entrepreneur and extraordinary individual, creates art from the remains of gemstone production; Sri Lanka’s seventh largest export. In Weragoda’s factory in Buttala, in the rural south of Sri Lanka, rock dust is turned into pictures and frescoes according to customers wishes.

This unusual business idea was triggered by Weragoda’s brother, who ran his own jewellery studio for gemstones. “With every day, with every new piece of jewelry, the mountain of waste grew,” says Weragoda. “But it wasn’t waste. It was a valuable raw material. All you needed was an idea to make something special and beautiful out of the stone remains.”

Finally, after a whirlwind of events, he founded his own studio in his own house: Crest Mineral Creations. His business has grown largely, from being a one-man company, to having 14 full time employees. Weragoda’s diverse team includes young and old alike, as well as many women. “I don’t care about age or qualifications,”he says. “I want to give jobs to those who otherwise have problems getting a job. I want to contribute to the people in my village earning money and improving their lives.”

Weragoda is the only one of his graduating class to have founded his own company. Some run a small shop, but none a company with several employees. A mentality problem, says Weragoda. His business has grown immensely since its inception. Portraits, statues of gods and landscapes are particularly popular, as are copies of famous works of art. Chrysalis has been a pillar in helping Weeragoda in all aspects of business management, to support him in his growth. He now wants to enter the online trade. A website including a virtual shop is in the works, and this project is also financially supported by the Enterprise project implemented by Chrysalis and funded by the European Union and CARE Germany.